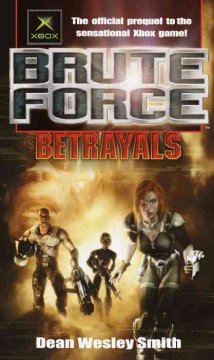 The voice barely registered over the noise the shuttle was making as it hit the upper atmosphere. If Tex hadn’t known better, he would have sworn the entire ship was going to shake apart.

He had used these ten-seater corporate shuttles before. They were fast, they could land just about anywhere either on a runway or in vertical mode, and no military bothered with them, since they usually carried the rich and powerful. They were perfect for getting on and off planet without attracting attention.

This particular shuttle sported leather seats, a bathroom that Tex had no trouble fitting into—even with his stature—and carpet that was far too thick. He had tripped twice getting on board with his gear.

And just about now the shuttle was bouncing hard as it headed down toward the surface of Dower. At first glance it didn’t seem the sort of planet a corporate jet might be heading to visit. Dower was covered with more rock and sand than should be allowed in one location. It had no real plant or animal life, but it boasted a human base, half of which was hidden beneath the surface. When Tex and his team finished with that base, it would vanish into the next sandstorm.

The planet had no official name. It was nothing but a number on the star charts; that’s how valueless it was. But Seton, their controller, had taken to calling it after the name of their target, the Dowers, and it had stuck for Tex.

Dower itself wasn’t actually a name; it was an acronym for the five men who founded this particular group of troublemakers.

Only the pilot and the three operatives were on board the flight. No operative ever paid a pilot much attention, even though they were a very critical part of almost every mission. They weren’t going to be involved with the fighting, so operatives simply tended to call them “pilot” and leave it at that. They didn’t even bother to learn their code names.

Tex had made his way to the back of the cabin, and sat facing away from the main cockpit, taking up the entire last group of four facing seats with his large body and his equipment. Conversations had been minimal during the six-hour flight from their launch point in the Decker star system, and he had spent most of that time checking and double-checking, making sure everything about his weapons and armor was ready to go.

Tex glanced up over his shoulder at Rees, the scout on this mission, who stood with one hand on the back of a seat, riding out the bumps like this was a slow boat on a calm ocean. He stepped closer when Tex looked at him, so Rees stood more in Tex’s line of sight.

Compared with Tex’s massive frame, Rees was no more than a stick that looked as if it could be easily broken. But Tex knew Rees was much stronger and more dangerous than his short blond hair, deep blue eyes, and long, bony fingers would lead someone to believe. On their last mission, Tex had seen Rees poke one of his armored fingers right through the heart of a small-time crook who had given him some back talk. He was one of the best scouts Tex had ever worked with. And the most cold-blooded.

Tex respected him, and Rees knew it.

“Yeah, bonded,” Tex said, patting the armor on the seat beside him. “And reflective.”

Tex only nodded at that. Bonded armor was basically standard plate, with a molecularly bonded coat of plastic that made the armor a good ten percent stronger. Tex figured that the extra ten percent might just be worth the money, considering how close he had come to being killed on the last few missions. He couldn’t spend the money if he were dead, so why not use a little of it to keep himself alive?

Reflective coating on the armor was pretty much a necessity anytime they were going up against human targets, as they were today. Humans liked lasers.

“You worried about the Dowers?” Rees asked, bracing himself as the shuttle hit a hard bump. Tex held his hand on his armor to keep it on the seat beside him. Even Rees, a man who seemed to have perfect balance, had to move his foot sideways a few inches to remain standing.

Tex laughed. “Always worried about any mission. Better to expect the worst and come out thinkin’ it was easy.”

That motto had gotten him through a good fifty missions so far. Tex didn’t figure to change it now. More than once, by expecting and preparing for the worst, he had saved his own life.

Actually the twisted feeling in his gut was worse this time than on any previous mission Tex could remember. Usually by this point he had grown accustomed to that low-level nagging fear that came with going into a fight. He used the fear to push himself. No mission was ever fear free, but this one bothered him more than he wanted to admit, especially to another operative.

“Yeah,” Rees said. “Good way of lookin’ at it. But I’ve still got an extra bad feeling about this target. I heard talk that we’re not the first ops the Dowers have dealt with.”

“So they got lucky,” Tex said, shrugging as he took part of his leg armor and started to strap it on, making sure it left his ankles plenty of freedom of movement, yet protected what it was supposed to protect. He had heard the same rumor, about a lost ops team, as well. But he had figured it was just another controller yanking Seton’s chain.

Commander Seton was their controller, at least on this mission, and he had fought a pretty nasty fight to get the three of them assigned to it. So nasty rumors about the Dowers would have come with the territory. It seemed to Tex that lately the infighting between the controllers was getting worse, though, and ops like him always tended to pay the price.

Besides, Tex couldn’t figure out what the Dowers could have done to repel any decent ops team. From all the intelligence reports Tex had reviewed, the group Rees was worried about were a gang of rogue asteroid miners, based on this barren planet, who had found more lucrative uses for their piloting, navigation, and boarding skills. They raided cargo ships flying past this system, usually leaving the crew members dead, or wishing they were dead. The Dowers had made a name for themselves with their brutality, but their kind wasn’t unusual in deserted systems like this one.

The regional military of the neighboring sys- tem had made some attempts to stop the Dowers, without success, and the results had been high losses in ships and lives. It seemed this Dowers group had some nasty firepower in its ships, but there was no report about anyone taking them on the ground. And that was exactly how Tex and his team were going to finish them.

And with any luck, they would bring back some pretty valuable bounty. The Dowers had managed over the last year to raid some rich cargo ships, including a Seer ship just a few months before. Seton wanted those cargoes back, or the money from the cargoes, and Tex wouldn’t mind getting that for him. After Tex and the other ops got their share, of course.

In this business, there was always a price.

Tex finished the last inspection of his armor and glanced up. Rees still just stood there, hand on the back of the seat, riding the bumping shuttle floor like he had been born with the ground moving. The worry was etched into his pale skin and blue eyes. Tex had been on five different missions with Rees over the years. Not once had Tex seen Rees this worried.

And Rees’ worry didn’t help Tex’s own. He had to get Rees past this and get them both focused on the job at hand. A little tension was fine, but too much cut into focus and could cost an op his life.
► Shelf Browser
► MARC Record