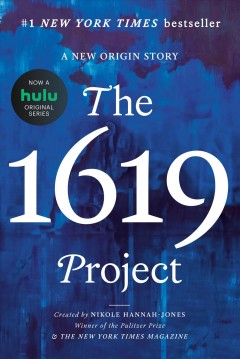 My dad always flew an American flag in our front yard. The blue paint on our two-story house was sometimes chipped; the fence, or the rail by the stairs, or the front door might occasionally fall into disrepair, but that flag always flew pristine. Our corner lot, which had been redlined by the federal government, was along the river that divided the Black side from the white side of our Iowa town. At the edge of our lawn, high on an aluminum pole, soared the flag, which my dad would replace with a new one as soon as it showed the slightest tatter.

My dad was born into a family of sharecroppers on a white plantation in Greenwood, Mississippi, where Black people bent over cotton from canât-see-in-the-morning to canât-see-at-night, just as their enslaved ancestors had done not long before. The Mississippi of my dadâs youth was an apartheid state that subjugated its Black residentsâalmost half of the populationâthrough breathtaking acts of violence. White residents in Mississippi lynched more Black people than those in any other state in the country, and the white people in my dadâs home county lynched more Black residents than those in any other county in Mississippi, for such âcrimesâ as entering a room occupied by white women, bumping into a white girl, or trying to start a sharecroppers union. My dadâs mother, like all the Black people in Greenwood, could not vote, use the public library, or find work other than toiling in the cotton fields or toiling in white peopleâs houses. In the 1940s, she packed up her few belongings and her three small children and joined the flood of Black Southerners fleeing to the North. She got off the Illinois Central Railroad in Waterloo, Iowa, only to have her hopes of the mythical Promised Land shattered when she learned that Jim Crow did not end at the Mason-Dixon Line.

Grandmama, as we called her, found a Victorian house in a segregated Black neighborhood on the cityâs east side and then found the work that was considered Black womenâs work no matter where Black women lived: cleaning white peopleâs homes. Dad, too, struggled to find promise in this land. In 1962, at age seventeen, he signed up for the army. Like many young men, he joined in hopes of escaping poverty. But he went into the military for another reason as well, a reason common to Black men: Dad hoped that if he served his country, his country might finally treat him as an American.

So when I was young, that flag outside our home never made sense to me. How could this Black man, having seen firsthand the way his country abused Black Americans, the way it refused to treat us as full citizens, proudly fly its banner? My father had endured segregation in housing and school, discrimination in employment, and harassment by the police. He was one of the smartest people I knew, and yet by the time I was a work-study student in college, I was earning more an hour than he did. I didnât understand his patriotism. It deeply embarrassed me.

I had been taught, in school, through cultural osmosis, that the flag wasnât really ours, that our history as a people began with enslavement, and that we had contributed little to this great nation. It seemed that the closest thing Black Americans could have to cultural pride was to be found in our vague connection to Africa, a place we had never been. That my dad felt so much honor in being an American struck me as a marker of his degradation, of his acceptance of our subordination.

Like most young people, I thought I understood so much, when in fact I understood so little. My father knew exactly what he was doing when he raised that flag. He knew that our peopleâs contributions to building the richest and most powerful nation in the world were indelible, that the United States simply would not exist without us.

In August 1619, just twelve years after the English settled Jamestown, Virginia, one year before the Puritans landed at Plymouth, and some 157 years before English colonists here decided they wanted to form their own country, the Jamestown colonists bought twenty to thirty enslaved Africans from English pirates. The pirates had stolen them from a Portuguese slave ship whose crew had forcibly taken them from what is now the country of Angola. Those men and women who came ashore on that August day mark the beginning of slavery in the thirteen colonies that would become the United States of America. They were among the more than 12.5 million Africans who would be kidnapped from their homes and brought in chains across the Atlantic Ocean in the largest forced migration in human history until the Second World War. Almost two million did not survive the grueling journey, known as the Middle Passage.

Before the abolition of the international slave trade, more than four hundred thousand of those 12 million enslaved Africans transported to the Americas would be sold into this land. Those individuals and their descendants transformed the North American colonies into some of the most successful in the British Empire. Through backbreaking labor, they cleared territory across the Southeast. They taught the colonists to grow rice and to inoculate themselves against smallpox. After the American Revolution, they grew and picked the cotton that, at the height of slavery, became the nationâs most valuable export, accounting for half of American goods sold abroad and more than two-thirds of the worldâs supply. They helped build the forced labor camps, otherwise known as plantations, of George Washington, Thomas Jefferson, and James Madison, sprawling properties that today attract tens of thousands of visitors from across the globe captivated by the history of the worldâs greatest democracy. They laid the foundations of the White House and the Capitol, even cast with their unfree hands the Statue of Freedom atop the Capitol dome. They lugged the heavy wooden tracks of the railroads that crisscrossed the South and carried the cotton picked by enslaved laborers to textile mills in the North, fueling this countryâs Industrial Revolution. They built vast fortunes for white people in both the North and the Southâat one time, the second-richest man in the nation was a Rhode Island âslave trader.â Profits from Black peopleâs stolen labor helped the young nation pay off its war debts and financed some of our most prestigious universities. The relentless buying, selling, insuring, and financing of their bodies and the products of their forced labor would help make Wall Street a thriving banking, insurance, and trading sector, and New York City a financial capital of the world.

But it would be historically inaccurate to reduce the contributions of Black people to the vast material wealth created by our bondage. Black Americans have also been, and continue to be, foundational to the idea of American freedom. More than any other group in this countryâs history, we have served, generation after generation, in an overlooked but vital role: it is we who have been the perfecters of this democracy.

The United States is a nation founded on both an ideal and a lie. Our Declaration of Independence, approved on July 4, 1776, proclaims that âall men are created equalâ and âendowed by their Creator with certain unalienable rights.â But the white men who drafted those words did not believe them to be true for the hundreds of thousands of Black people in their midst. A right to âLife, Liberty and the pursuit of Happinessâ did not include fully one-fifth of the new country. Yet despite being violently denied the freedom and justice promised to all, Black Americans believed fervently in the American creed. Through centuries of Black resistance and protest, we have helped the country live up to its founding ideals. And not only for ourselvesâBlack rights struggles paved the way for every other rights struggle, including womenâs and gay rights, immigrant and disability rights.

Without the idealistic, strenuous, and patriotic efforts of Black Americans, our democracy today would look very different; in fact, our country might not be a democracy at all.

One of the very first to die in the American Revolution was a Black and Indigenous man named Crispus Attucks who himself was not free. In 1770, Attucks lived as a fugitive from slavery, yet he became a martyr for liberty in a land where his own people would remain enslaved for almost another century. In every war this nation has waged since that first one, Black Americans have foughtâtoday we are the most likely of all racial groups to serve in the United States military.

My father, one of those many Black Americans who answered the call, knew what it would take me years to understand: that the year 1619 is as important to the American story as 1776. That Black Americans, as much as those men cast in alabaster in the nationâs capital, are this nationâs true founding fathers. And that no people has a greater claim to that flag than we do.
► Shelf Browser
► MARC Record